Born  September, 1950 - Essex, United Kingdom. In post World War II Britain I had a rural childhood amid the joys of a family of five living in a four room terraced cottage with no running water and an outside toilet. The war had ended in 1945, food rationing in the UK was not to end until 1953 and the country was near bankrupt. The fabulous fifties welcomed me with open arms. 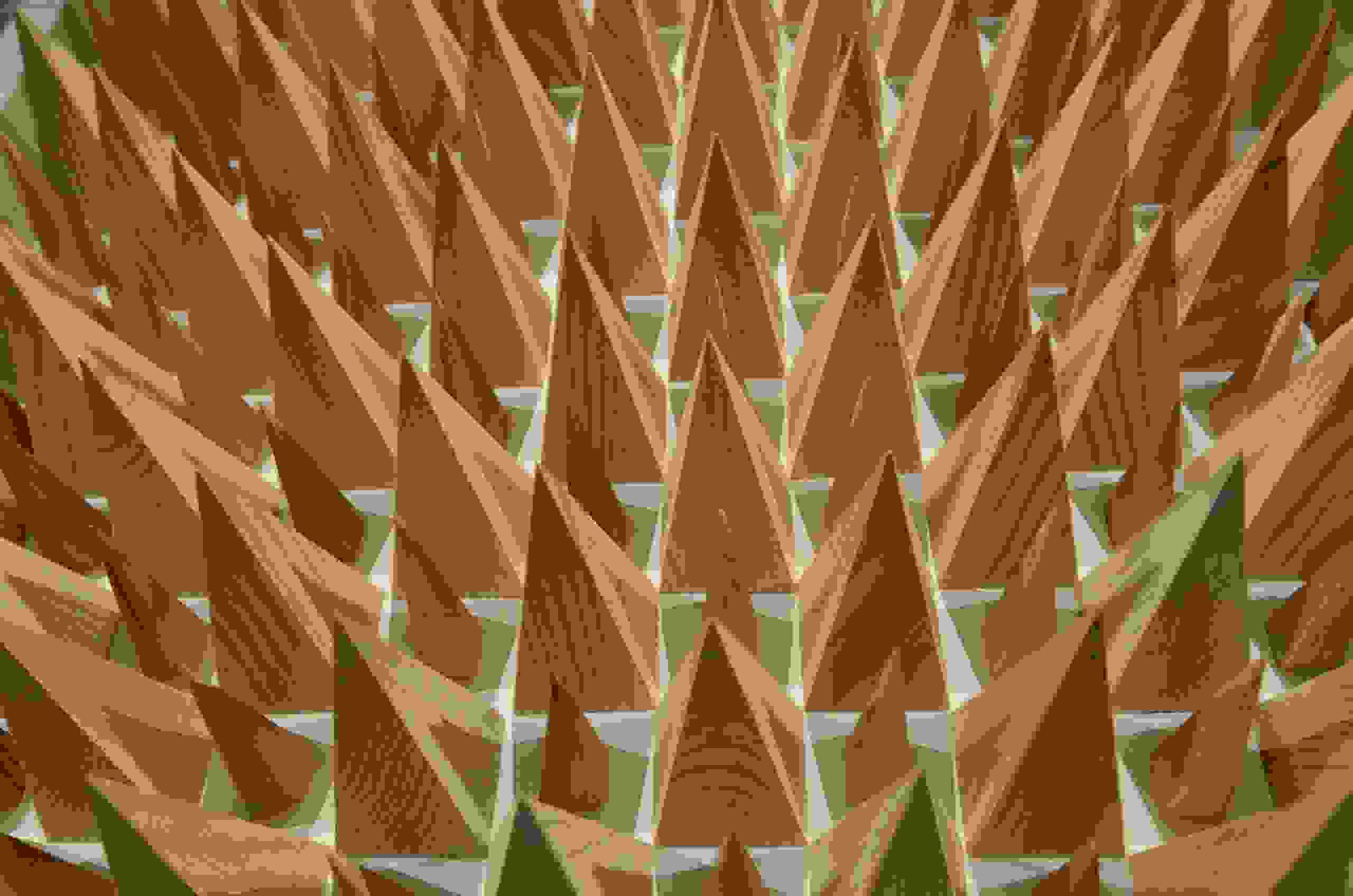 White is rarely the neutral color it seems.
It can be pacific or ferocious, benign or savage. It is, in the works of Brian Williams, often both and frequently simultaneously.

Williams is one of two artists in Five Points Gallery’s “Surface and Substance.”
Williams’ abstract landscapes and cityscapes are all about form and structure, how geometric shapes create, not just patterns, but shadows, suggestions and suspense. His work, largely in black and white, has a film noir quality — all those crepuscular alleys and daunting towers. It also bears the allusive quality of conceptual artists like Sol LeWitt or Josef Albers. Just how much can you do with a square? And just how shape shifting is this most elemental of forms?

Williams, who works in wood and acrylic, creates sculptures out of simple geometries, colored black and white, or simply white. That can result in engaging puzzles, like his “Endless Cube,” a Rubik’s Cube construction of maze-like sophistication. Or “Chessboard No. 2,” in which painted blocks stretch across a white landscape. Each cube itself is a chevron, divided by a black triangle on each side. Placing them alongside one another creates a cascade of visual contradictions, a harlequin of patterns.

In another work, Williams plays with alternating black horizontal cubes, like those of sharps or flats on a piano. But the size of the cubes shifts vertically, from smaller at the top to larger at the bottom. The shadows created by the cubes also shift according to how the piece is lit. It’s a sort of mashup between Albers and M.C.. Escher.

And that mighty maw that juts out of the wall like a feral, multi-mandible beast is “Hanging Form No.5,” a series of wood triangles aligned in a 4-by-4 pattern in which triangles at the top are larger and straighter than the smaller, more diagonal ones at the bottom. The serenity of the white color is in direct contradiction to its toothy menace.